Pratik N Borkar PratikNBorkar
2 Comments
As you know guy’s Hackintosh laptop is almost 95% supported.Most of the Laptop’s have unsupported WiFi card very few laptop like HP Pro Book series have supported WiFi card But if we want to use supported WiFi on our Original BIOS that’s not possible due to annoying features of HP BIOS called WiFi Whitelists.On that situation we need MOD BIOS which is Whitelist removed.
What is WiFi Whitelist ?
Whenever we start our Computer/Laptop BIOS check’s whether all the connected hardware are working properly or not which we called that POST (POWER ON SELF TEST),Similarly each and every hardware have it own serial no with its Device ID and Vender ID,This ID’s are written in BIOS ROM So whenever we change the Hardware with different ID’s,BIOS read all the hardware ID’s which are written in BIOS ROM,So if BIOS reads any different ID it Block the Start up and gives error like following image 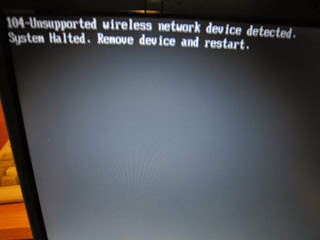 CAUTION:-POWER CUT WHILE FLASHING BIOS IS TOTAL DISASTER BECAUSE WE CANT CHANGE OR REPLACE THE BIOS CHIP FROM MOTHERBOARD OF LAPTOP AT LEAST NOT POSSIBLE IN INDIA

What is BIOS Brick and semi Brick ?

Whenever we start our Laptop we got only Black screen with caps lock blinking twice at a time it means you got BIOS BRICK on your notebook it usually occurs from failed BIOS upgrade or damage BIOS from a virus but most of the time BIOS is Bricked due to fails up gradation or hardware failure,it can be restore our BIOS by removing CMOS battery but if the BIOS is totally dead or corrupted then this guide surely help you to recover corrupted/Dead BIOS

Why Brick and Semi Brick occurs ?

Brick is always occurs due to Failed upgrade of BIOS or Bios is corrupted due to Virus or Power CUT during the BIOS upgrade but semi brick is little different it will never occur in the Original BIOS it occurs in mod BIOS because of multiple RSA signature,Technically each BIOS have RSA signature in there ROM file which is verified while POWER ON SELF TEST  but when we use mod BIOS it reads multiple RSA signature which block the startup and produce a brick which is always coverable

How to recover Semi Brick ?

Is this Possible to Restore BIOS after it bricked  ?

Yes….! it is possible restore BIOS if it bricked,There are two ways with HP_TOOLS recovery partition which is Easiest way and without  HP_TOOLS recovery which is hardest way.But if you got semi brick with MOD BIOS,You can restore it without my Restoring methods, You simply need to REMOVE CMOS battery and wait for 10 sec and connect it again your semi brick will be gone.

This method need HP_TOOLS recovery Partition without of it it not possible to recover the bios from this method
To recover an earlier version of the BIOS on your notebook:
1:-Turn off the computer.
2:-Plug the notebook into power using the power adapter.
3:-Press and hold the Windows key + B key at the same time while the computer is off.
4:-Still pressing the Windows key and the B key, press and hold down the Power button on the notebook until you get HP BIOS Update screen displays 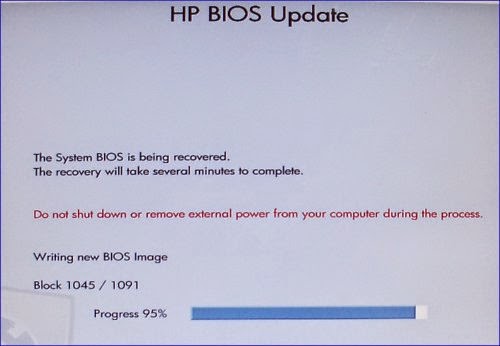 5:-It will take 4-5min to flashing your BIOS 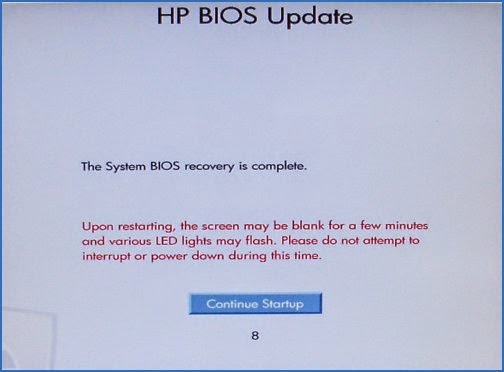 6:-Click on Continue Startup and done your BIOS is recovered now
Hardest Method ( Without HP_TOOLS recovery Partition)
This method is not recommended to any new user because any single wrong steps damage your CMOS chip which can not be replaceable on Laptop yet so ‘DO IT AT YOUR OWN RISK’ on this method we have to decrypt our bios to recover the BIOS
Things you should have
1:-Download the newer version of BIOS update from HP official web site
2:-Download the Universal Extractor (UniExtract) application
3:-Download Latest Decrypter tool by Andy’s
4:-Need a USB Flash drive at least 1GB
5:-Windows Based Machine
6:-HP BIOS Update UEFI for particular model (Download it from Official HP web site) 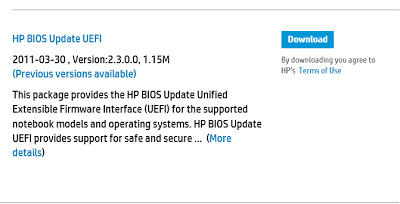 Follow the Steps very carefully
1:-Format your USB Flash drive with Fat32 format from windows and name it “HP_TOOLS” make sure do not mistake 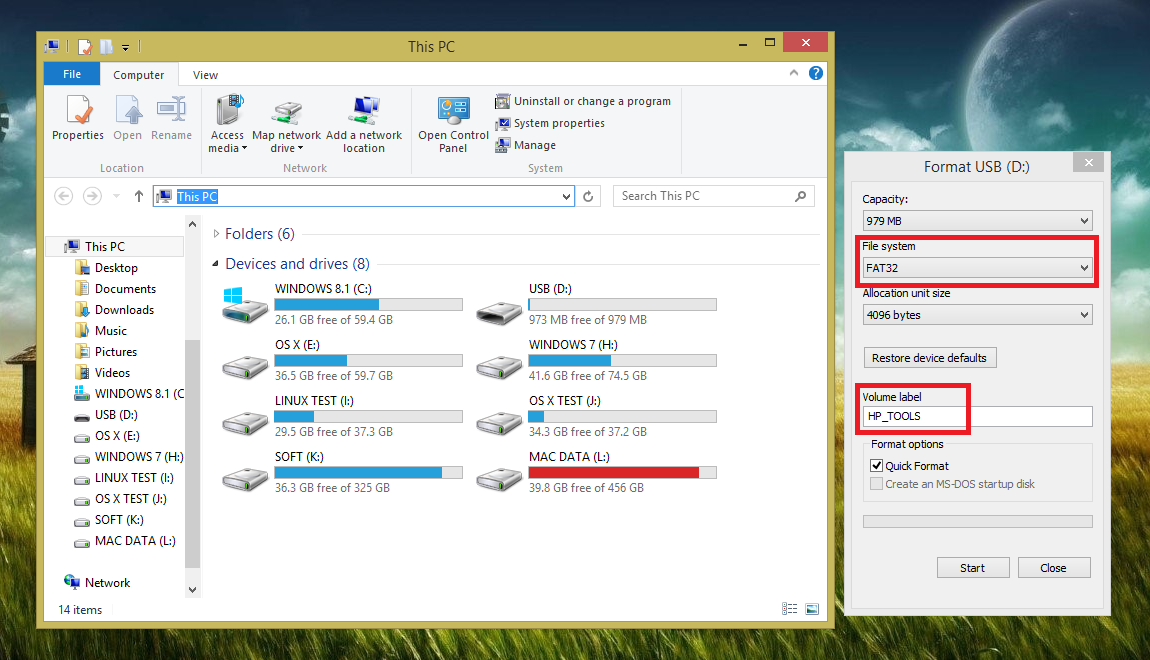 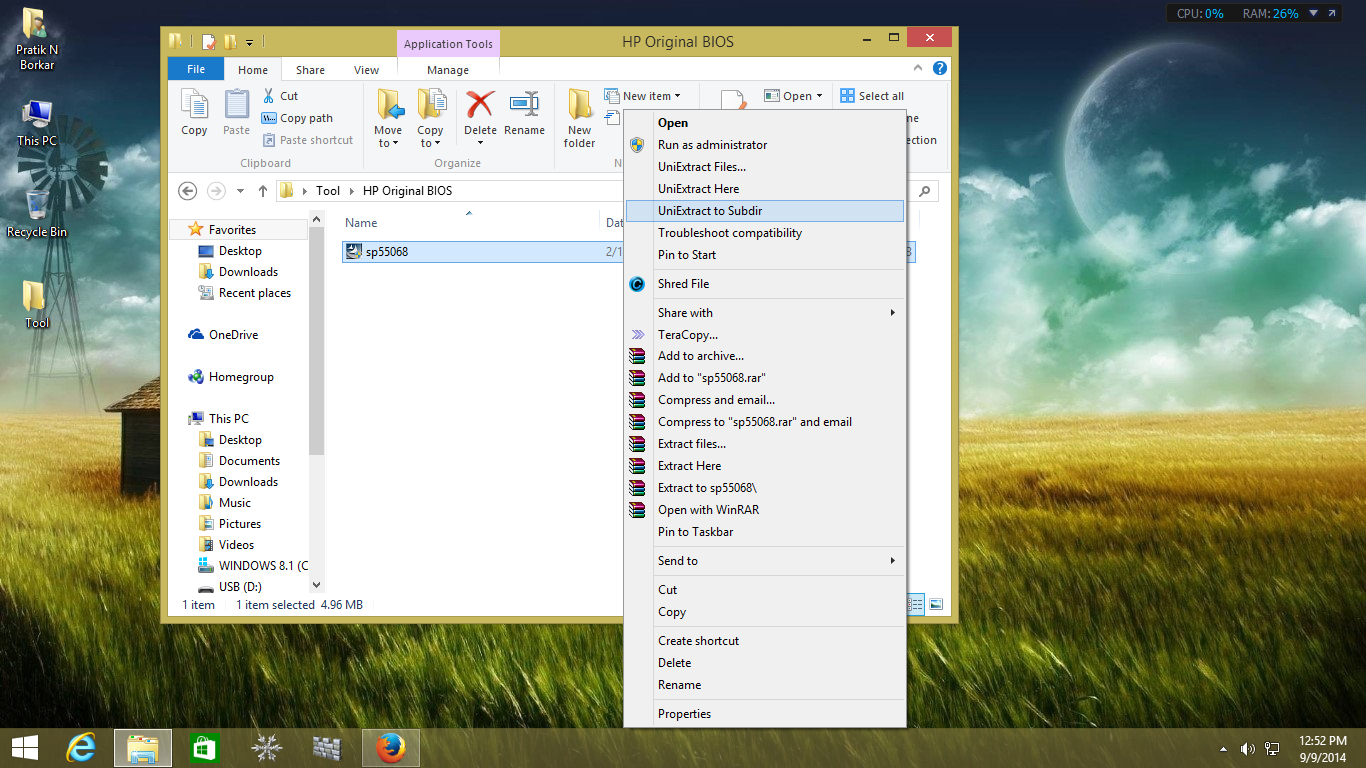 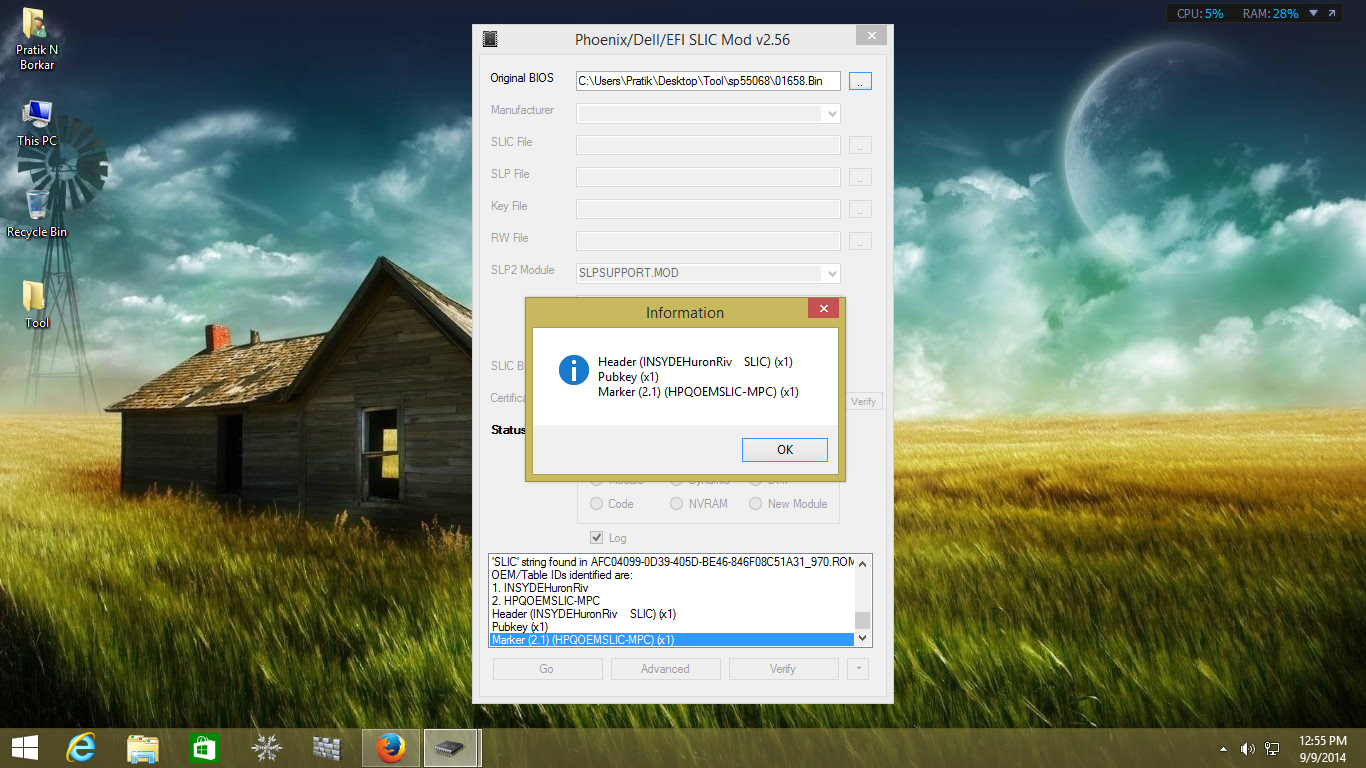 4:-Some of BIOS does not Decrypt fromAndy’s tool you can directly put Original BIOS also
5:-Once you Decrypt your BIOS,Install HP BIOS Update UEFI to your USB Flash drive 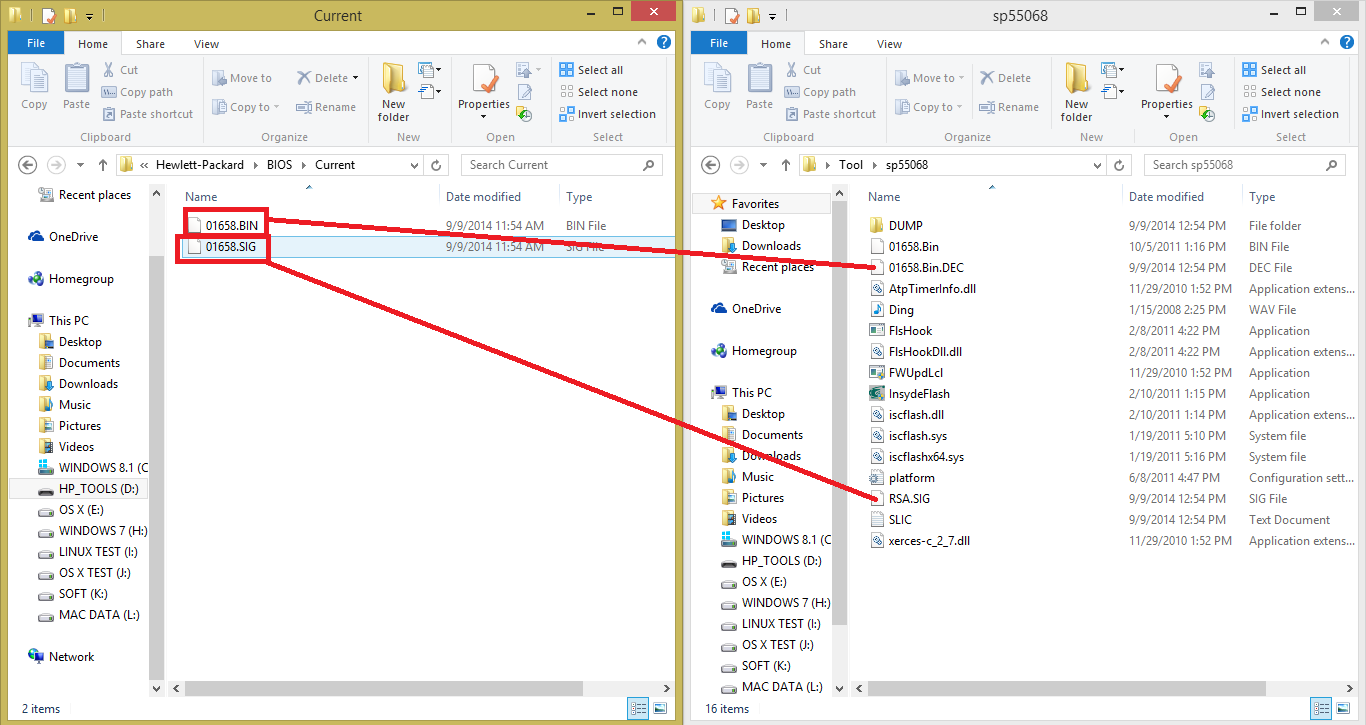 7:-Once you done all step i assume you done very well without any mistake,So now you are ready for Flashing your currupted BIOS with the USB Flash Drive
8:- Now shutdown your computer. With the flash drive plugged in, hold down the Windows key and the b key. Press the power button while continuing to hold down those two keys.

After a few seconds, the activity light on your flash drive will flash. You can now stop holding down those two keys.The screen may stay black for 40-60 seconds and perhaps you hear some beeping, but a screen like this will come up

It will take 4-5min to flashing your BIOS

Wait for it to flash your BIOS and verify the new contents. Then it’ll restart and your computer
Quick Note:-Following guide is for RECOVERING you dead/corrupted BIOS if any go wrong admin and author are not responsible for your loss.
TagsBIOS Bricked BIOS Recovery