The Apple iPhone is easily the jewel in Apple’s crown and the device that has turned the mobile handset market on its head,If you’re interested in finding out more about the iPhone and why it’s so popular, you’ve come to the right place. 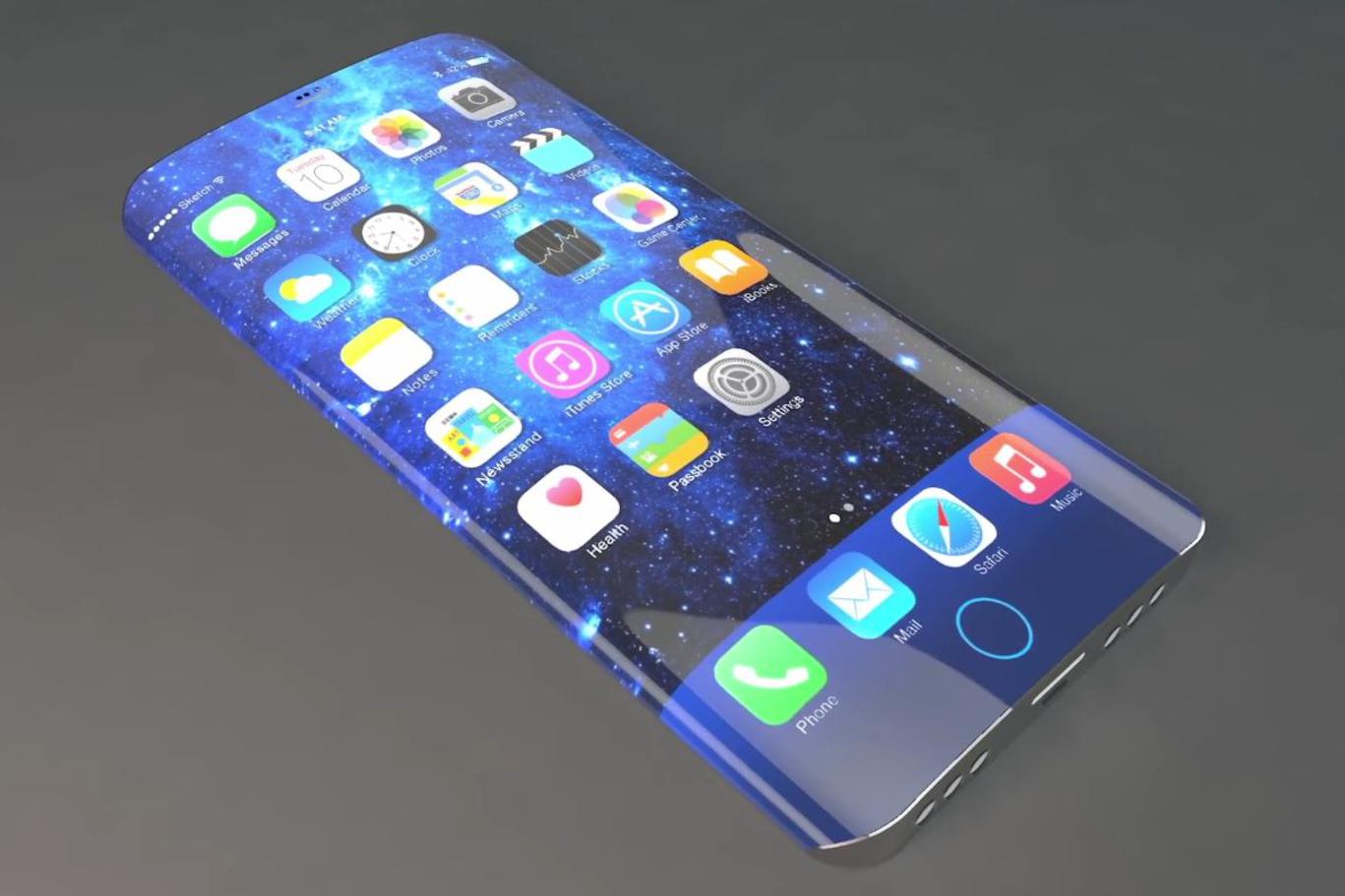 Here I’ll tell you a little more about the history and the nuances of this very popular smartphone. Read on and find out more!

Learn All About The Apple iPhone

The Apple iPhone is a line of Internet and multimedia-enabled smartphones first introduced on January 9, 2007.What does the iPhone do? Well, it functions as a camera phone, including text messaging and visual voicemail. It is also a powerful portable media player, an Internet client, with e-mail, web browsing, and Wi-Fi connectivity. You key in commands into the phone via the device’s multi-touch screen, as well as a virtual keyboard instead of a physical one.

You also get to install third-party applications from the Apple App Store, launched in mid-2008 and now has well over 200,000 apps approved by Apple. What do these apps do ? Well, they essentially cover everything – games, reference, GPS navigation, social networking, etc.

So far, there have been four generations of the Apple iPhone, accompanied by four major releases of iOS (previously known as the iPhone OS).

If you delve into the history of the iPhone, you’ll see that it was Apple CEO Steve Jobs’ direction to have their engineers investigate touch screens. Apple created the device during a secretive collaboration with AT&T Mobility at an estimated development cost of US$150 million over thirty months. Apple the liberty to develop the iPhone’s hardware and software in-house.

It was quite a risky bet for Apple, but on January 9, 2007 the iPhone was announced to the public. On June 29, 2007, hundreds of customers lined up outside Apple stores to buy the iPhone.

The Apple iPhone has been a phenomenal success. Almost every other person I see on the street or subway these days touts an iPhone. Copycat models from other manufacturers have tried, but failed to take away Apple’s crown. But the truth is, I think the Apple iPhone – with its amazing features and ease of use, just blows the competition away.

3. Screen and Input of Apple iPhone

So let’s talk a little about the iPhone’s screen and how you input commands into it. The iPhone touchscreen is a liquid crystal display (320×480 pixels) with scratch-resistant glass. 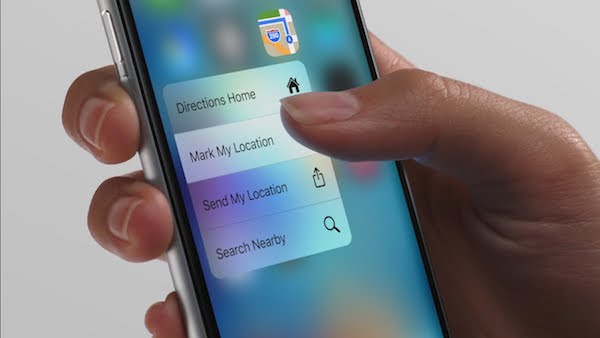 It renders 262,144 colors and can display really beautiful pictures. The touchscreen is designed for a bare finger, or multiple fingers for multi-touch sensing.

4. Audio and Output of Apple iPhone

What about audio? Well, at the bottom of the iPhone you’ll find a speaker (left) and a microphone (right) flanking the dock connector. One loudspeaker is also located above the screen as an earpiece, and another is located on the left side of the bottom of the unit. 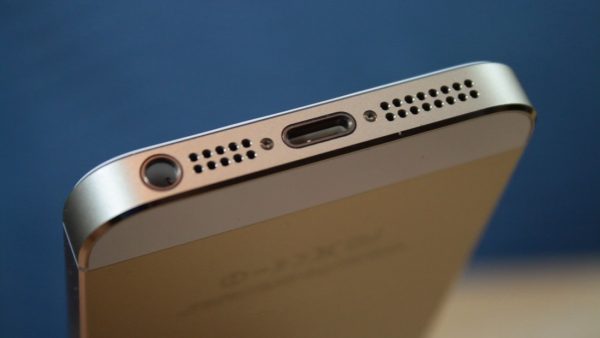 There are volume controls are located on the left side of the iPhone and also as a slider within the iPod application.

Some people complain that the Apple iPhone battery is requires frequent recharging and runs out of juice too quickly. Frankly, I’ve never had such problems. 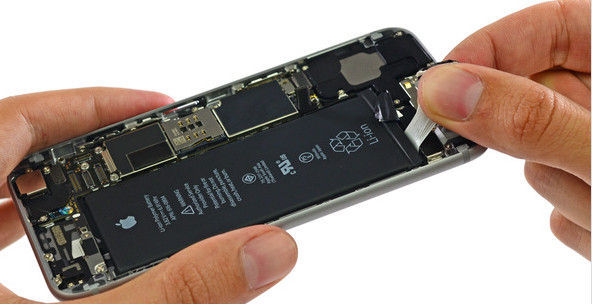 The Apple iPhone contains an internal rechargeable battery. The iPhone can be charged when connected to a computer for syncing across the included USB to dock connector cable.

You can also use the included USB to AC adapter to charge directly from an AC outlet. You’ll also find a large number of third party accessories (stereos, car chargers, even solar chargers) which support the iPhone. Those of you who drive might be interested in my guide to using the iPhone in your car.

Ok, on to the iPhone’s camera. The iPhone 3G features a built-in fixed focus 2.0 megapixel camera located on the back for still digital photos. It lacks optical zoom, flash or autofocus, and does not support video recording. 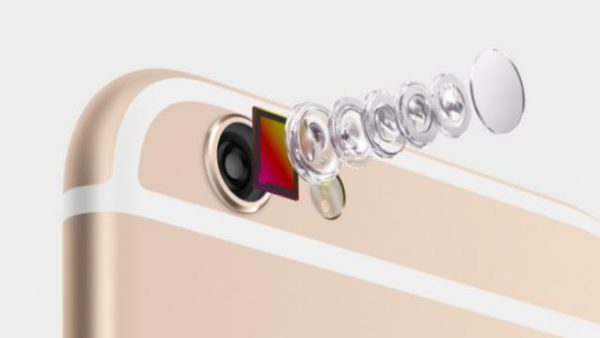 The iPhone 3GS has a 3.2 megapixel camera, featuring autofocus, auto white balance, and auto macro. The iPhone 4 sports a 5 megapixel back camera with LED flash, along with a VGA front-facing camera.All the latest series of Apple iPhone comes with 8 Mega Pixel camera with panoramic imgae

The iPhone (and its cousin iPod Touch) run an operating system known as iOS (formerly iPhone OS). The operating system takes up less than half a GB of the device’s total storage (4 to 32 GB).[75] It is capable of supporting bundled and future applications from Apple, as well as from third-party developers. Software applications written for the iPhone cannot be copied directly from Mac OS X but must be written and compiled specifically for iOS. 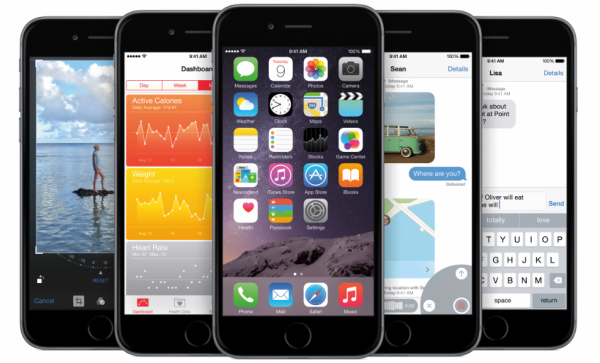 All of us Apple iPhone owners want to protect our phones. One of the best ways to do that is to invest in a solid iPhone case. But with the wide range of cases in the market, how do you choose?

One of the best cases around is the OtterBox Defender case. This case is of great quality, is highly durable and also compatible with all OEM iPhone accessories.

OtterBox has a reputation of being one of the best iPhone case manufacturers out there – so this product is certainly worth a look.

What about phone calls? When making a call, the iPhone presents a number of options. The screen is automatically disabled when held close to the face. The iPhone is superb in phone features like audio conferencing, call holding, call merging, caller ID, and integration with other cellular network features and iPhone functions. 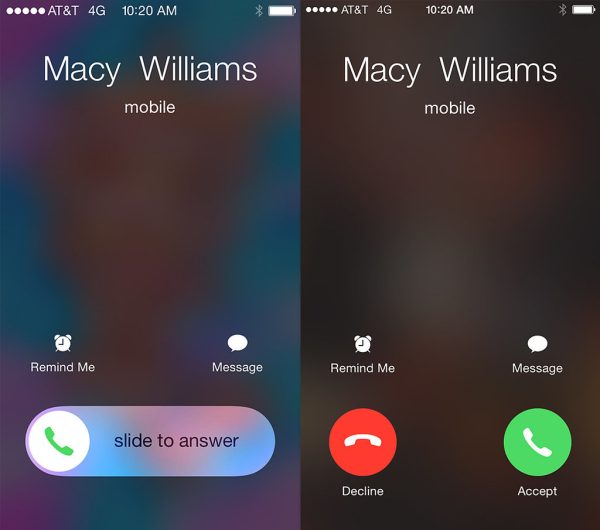 I can see that the Apple engineers really put a lot of thought into designing the user experience when a person makes calls on the iPhone. For example, if a song is playing while a call is received, it gradually fades out, and fades back when the call has ended. Very nice feature.

The iPhone 4 supports video calling using either the front or back camera over Wi-Fi, a feature Apple calls “Facetime”. 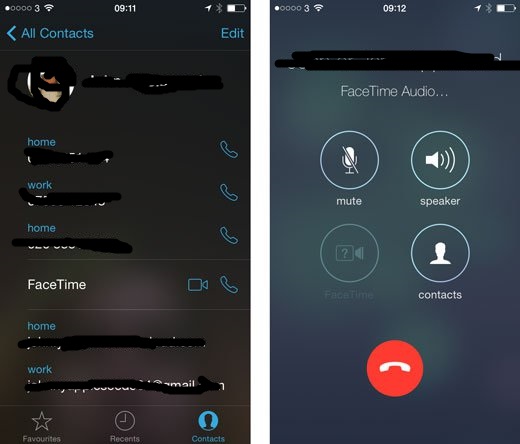 Alright, then. Let’s talk about third party applications. The iPhone SDK was officially announced on March 6, 2008, at the Apple Town Hall facility. 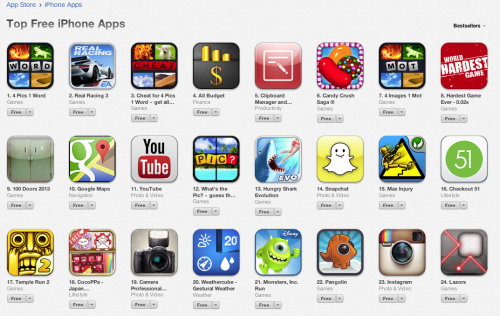 This SDK allows developers to develop native applications for the iPhone and iPod Touch, as well as test them in an “iPhone simulator”.

A developer can submit an application to the App Store, which will undergo approval from Apple before it is distributed to the public.

There are hundreds of thousands of apps in the App Store now and the volume is expected to surge with the introduction of the iPhone 4 and the iPad. If you’re interested in writing apps, you can read my about the 7 things you need before you write an Apple app.

The original iPhone was launched on June 29 2007 and was eventually available in 4, 8 and 16 GB models. This was the first phone in the world with a Multi-Touch interface. This unit already featured the Safari web browser and wireless access to the iTunes Store and YouTube. 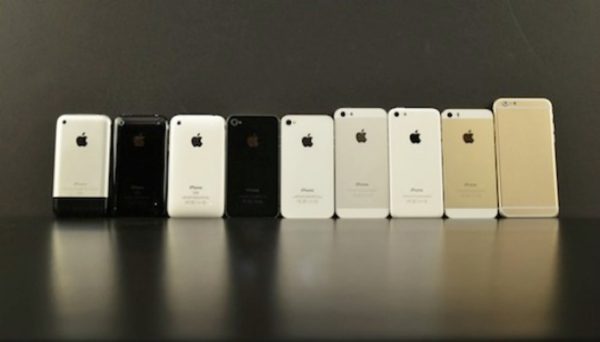 The second generation iPhone 3G was launched on July 11 2008. It came in 4, 8 GB models and had a choice of full white or black hard plastic back and metallic volume buttons.

The third generation iPhone 3GS was launched on June 19 2009 and features an oleophobic-coated screen. It runs on an upgraded processor, with superb graphics processor and increased RAM. It also added in Voice Control support and OS version 3.x.

The fourth generation iPhone 4 was launched on 24 Jun 2010 and comes with aluminosilicate glass front and back panels with a stainless steel antenna band around the sides.

The internals include an Apple A4 processor, 960×640, 326 ppi ‘retina’ display, along with 5 megapixel back camera with LED flash and a VGA front-facing camera. There’s also a gyroscope within the phone providing greater motion sensitivity. The iOS version 4.0 that ships with this phone has multi-tasking capability, which is an important upgrade over previous generations of the iPhone.

Now days Apple iPhone 6 and 6s Plus series is going on this extra ordinary smart phone comes with latest Apple A9 Dual core chip set with PowerVR GT7600 (six-core graphics) which drive you crazy when you access internet and playing games on it.

Conclusion:-I hope this article has given you some great insight into the history and evolution of the Apple iPhone. I’m personally thinking if I should spend my money on the iPhone 4 or the iPad – hmm decisions, decisions eh.Anyway, I digress – if you out in the market for a smartphone, the Apple iPhone is almost a no brainier. And I say that having used Nokia phones for more than 10 years. Until next time, happy tinkering with your iPhone! 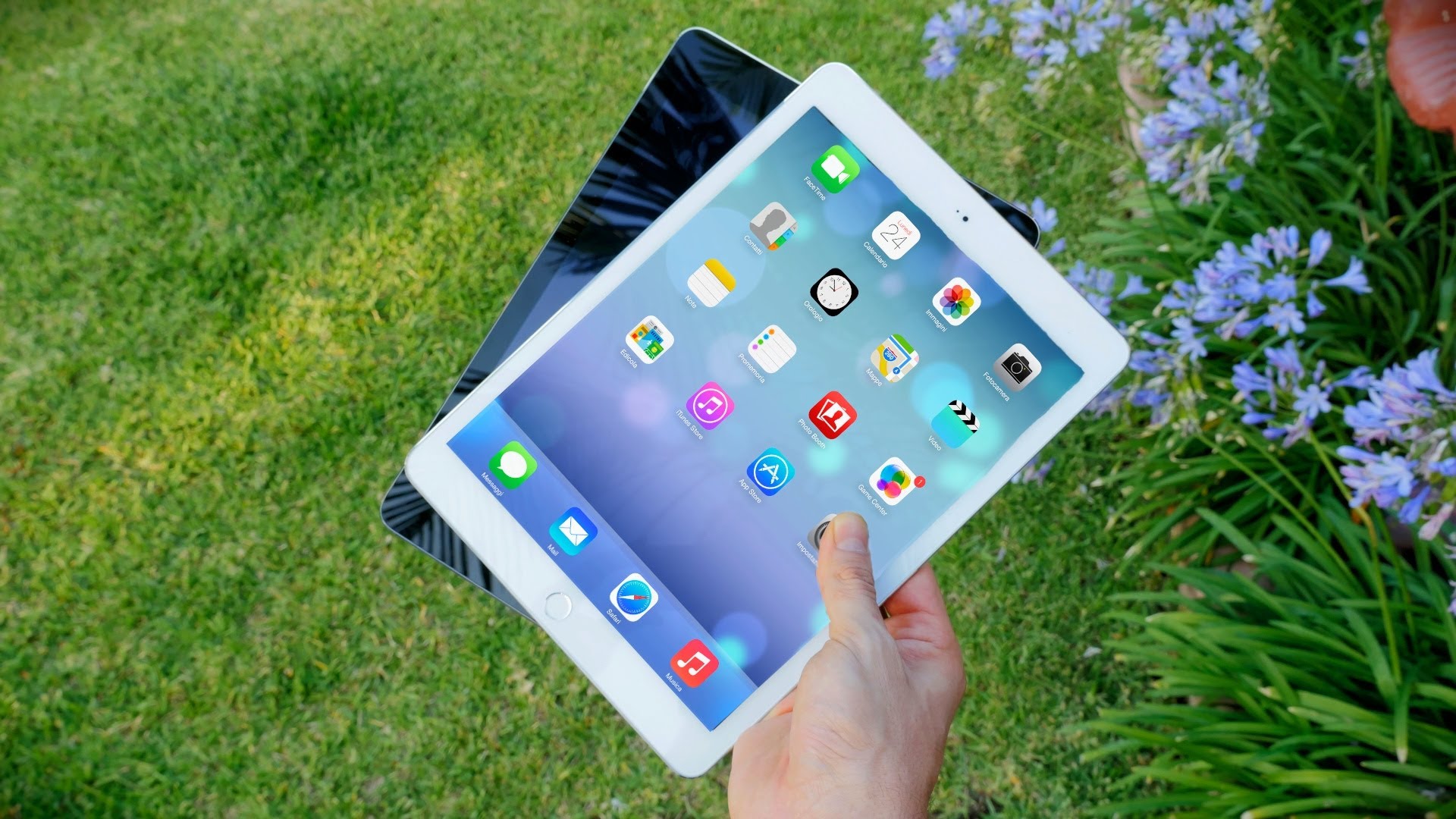 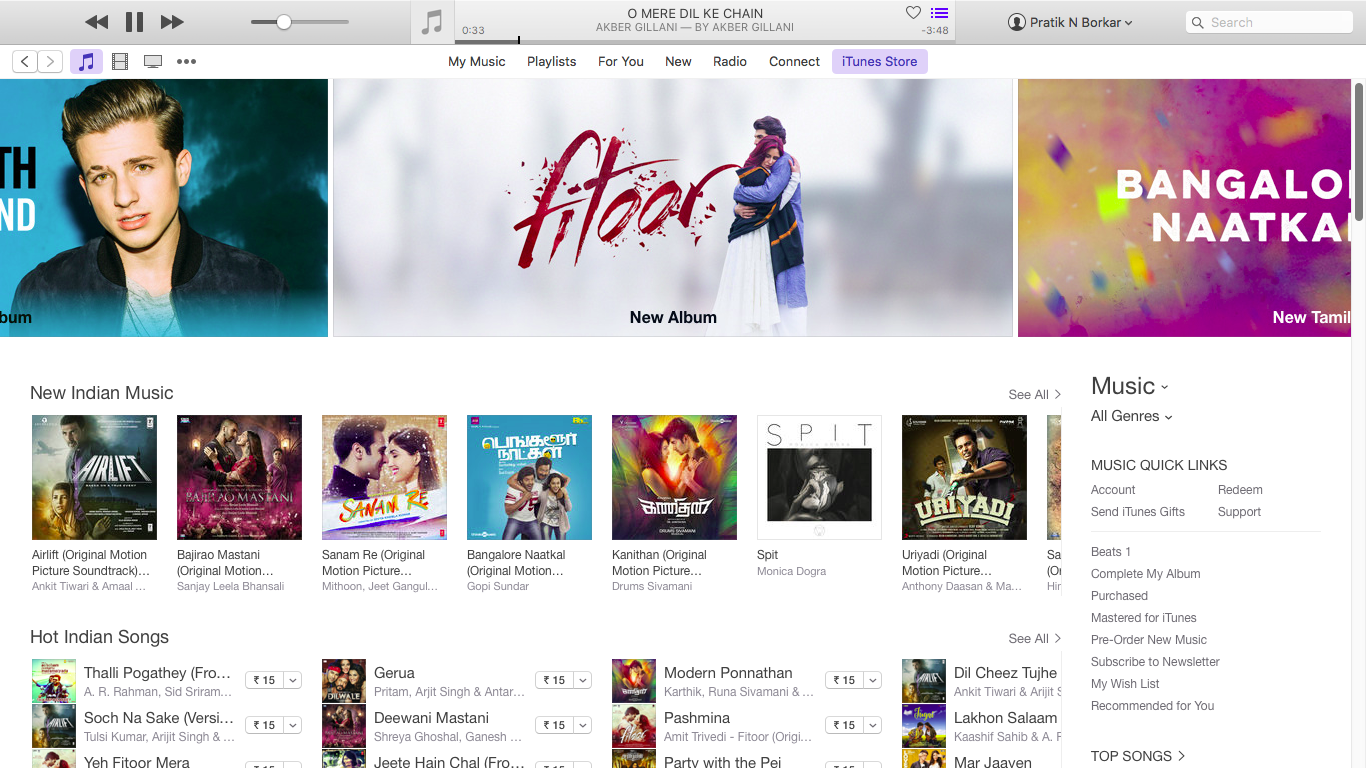 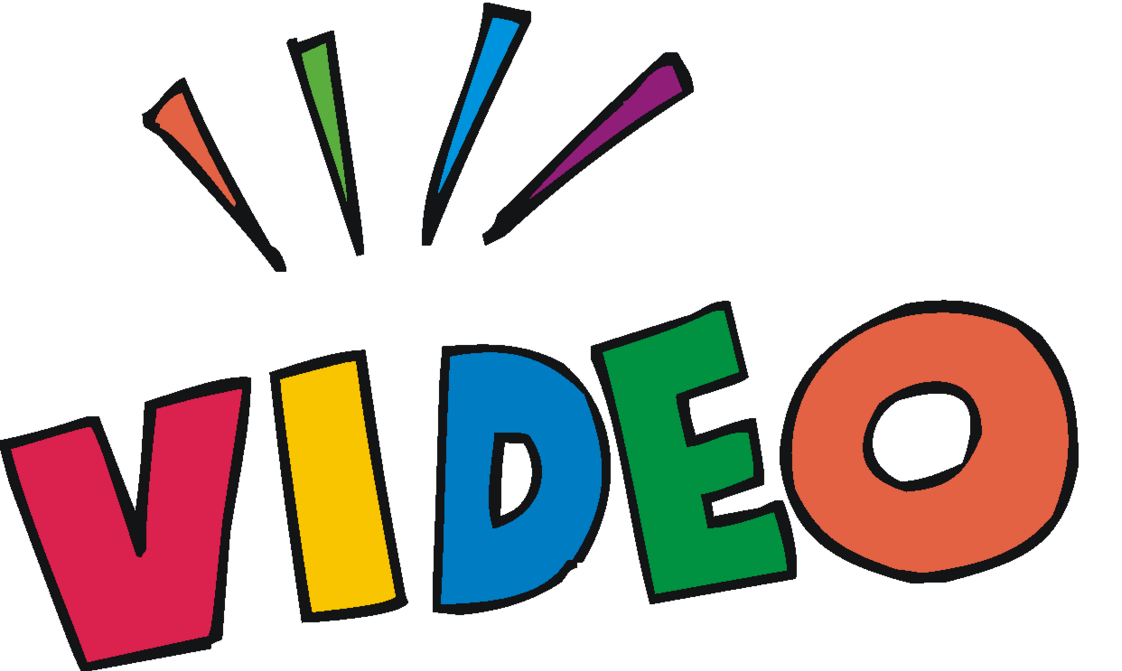