faisal shaikh
Add Comment
Mac vs Windows is purely differentiate the Both Operating System,Well The Operating Systems is a main factor responsible for the various parameter to which the pc can be compared upon. As it is the main interfacing between hardware and user hence differentiation of OS is also essential element hence it must be determined that how much does it fair as compared to its counterpart hence to do the same the OS are differentiated on basis of some important factors deemed essential for the official usage those are Security,So we are writing the article on Mac vs Windows , Web Browsing, Cloud Computing, Timing analysis, software support and price.This article is totally explains which OS Platform is best. 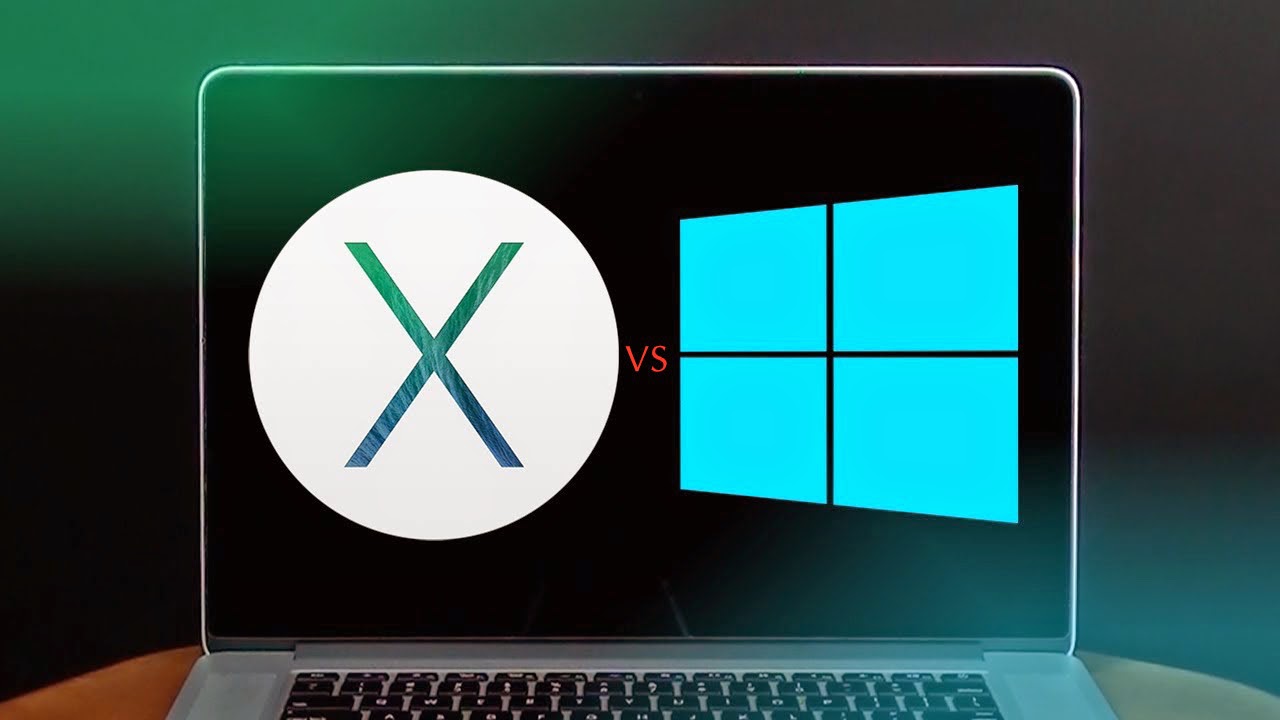 Security: As stated by Pumphrey (2013) states that since Microsoft Windows OS are widely used globally hence vast amount of Viruses, Trojans, and Malwares are developed for Windows OS but are rarely found in Mac OS X. Hence in this case of security Mac OS X is proven to be more secured as compared to the Microsoft Windows OS.
Web Browsing: The web browser used in Mac OS X is Safari while for the Windows OS is Internet Explorer 11. The Safari is equipped with extra features beside the usual features like bookmarks bar and multi tab browsing as found common in both the browsers is reader tab which enables the website to breakdown into easily readable format further the Safari browser has better contacts integration from LinkedIn and other social networking sites unlike the internet explorer. Upon comparison while running the Rightware’s Browsermark 2.0 as tested by Spoonauer (2013)  the results which tests 2D/3D and time taken for each page to load Safari scored 6,090 while IE scored 2,467. Under the second test of V8 benchmark under java scripting performance the Safari scored 13,718 vs for IE of 8,015. Hence it can be seen that in terms of web browsing the Safari scores extremely high as compared to Internet Explorer.
Cloud Computing: The other essential form of computing that is in growing trend these days is cloud computing and OS integration is essential so as to maximize the backup of the data. In the case of Mac OS X the cloud facility is handled by iCloud with 5 Gb of storage while for Windows OS 8 its Skydrive its 7Gb. Upon judging the integration of the cloud facility the Microsoft Windows 8 has a better integration where the skydrive stored files are seen on the windows with no extra support from the browser unlike iCloud. Hence judging with the fact of storage size and OS integration the Windows OS gets the edge in this case.
Timing Analysis: The timing analysis as measured by the Ku (2012) which is tested the boot time in the case for SATA 6 Gb/s on WD Scorpion Blue 750 GB for windows 7 x 64 was 58.7 second while on the same platform Mac OS X 10.7.2 measured 33.8 second. Second analysis performed for the 4 Kb of random performance it was observed that on Intel 320 SSD 60 Gb the write speed with Windows OS was around 90 Mb/s with respect to 16 queue depth while for the case of Mac OS X the speed for 16 queue depth was 110 Mb/s. Hence in terms of time performance it can be seen that the Mac OS X performs better than its Windows Counter part.
Software Support: In the case of software support most of the applications are generally developed for the Windows OS because of its wider market share and years of market influence. While most of the basic business applications such as Microsoft Office, Adobe packages, Simulation platforms are now being developed for Mac OS X and are rising as Mac OS X is getting popular in the market. While when it comes to high end graphic applications such as games the windows is the dominant force of OS in the market as according to steam (2013) there are about 180 or so such applications in mac and over 1300 for windows OS.  Hence in case of software support Windows OS is the leading platform as of now.
Price: The price range varies widely in the case of OS. As in the case of Mavericks OS X the latest OS is provided for free of cost to all the mac users (apple, 2013). While in the case of Microsoft Windows 8.1 pro the retail price is $199.99 (microsoft store, 2013). Hence citing the price range the Mac OS X has a greater edge.
Hence the same is conclusively analyzed below in the table 3 as seen on the next page with the scale rating given from -5 to +5 to parameters so as to determine the final result in force field analysis.so we made one table of mac vs Windows.

The parameters above are analyzed for Mac vs Windows and are given the numerical rating so that the further can be compared conclusively in the force field analysis and the final outcome between the two OS can be achieved.Well mac vs windows is truly Clears which is best OS for your need.
Conclusion:-The force field analysis is done upon the two OS and the results are upon analyzing the different parameters of the operating systems are achieved. The Mac OS X has obtained a +24 while upon analysis of the Microsoft Windows OS only +13 is achieved. Hence it can be concluded that the Mac OS X is the better OS as compared to Microsoft Windows OS.
TagsMac VS Windows