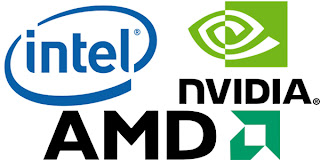 In the above cards 8k,9k and 200 series cards it doesn’t need any

The AMD Radeon 5000 and 6000 series are highly recommended for

any Hackintosh.but less popular cards like 64series 65 series
and 67xx series is less supported  & 69xx series are also not supported
AMD Radeon HD 7750, 7770, 7870, 7950, 7970 these also supported
Integrated Graphics Cards(INTEL)
Supported by Mac OS X
These are the natively supported by MAC OS X so need any kext (Driver)
Not Supported by Mac OS X
But you can use modified versions of kext for intel HD 2000 and intel HD 2500
and remaining about GMA which is now supported (not all) but very few like
GMA-950, GMA-X3100,GMAX-4500
Note:-These cards work on all recent versions of Mac OS X including Lion, and Mountain Lion If a card is incompatible, it usually means you can not get your desire screen resolution, and will not have graphics acceleration. Technically, the card will still be not usable (no QE/CI)
TagsGraphics Card