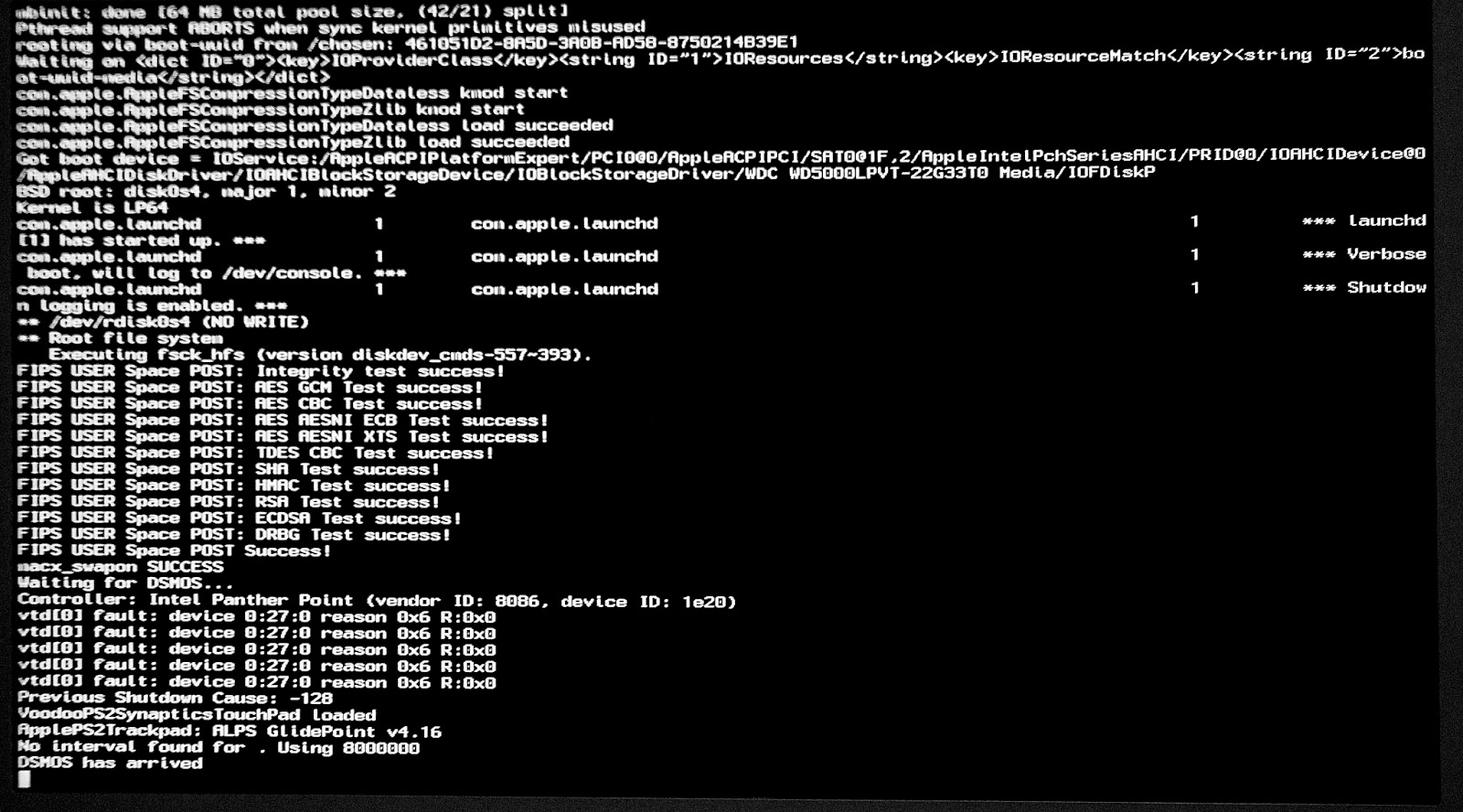 Everyone knows that apple has announced to move on to his PowerPC with intel processor in the year of 2005 at WWDC to increase the performance of Macintosh systems like Macbook,iMac

What is DSMOS or DSMOS X exactly ?it is abbreviation for Don’t Steal Mac OS X.kext, sometimes error occurs as “Waiting for DSMOS” or “DSMOS has arrived”  is a file present in Intel-capable versions of the Mac OS X operating system which allow installation on one piece of Apple hardware only

Ultimate fix for “Waiting for DSMOS” or “DSMOS has arrived”

Almost every Hackintosh user suffered from this error “Waiting for DSMOS” or “DSMOS has arrived” this are the common issues for almost every Hackintosh System and this issue is caused most of the time by FakeSMC.kext and it’s a Graphics issue too on this guide i will show you how to bypass this error with few steps.
I figure out two Solution for this Error
Solution 1:-
Download the latest FakeSMC.kext and replace with the old one.You can do it by mac drive or From USB installer and Boot with Following flag “GraphicsEnaber=No”
If that doesn’t fix your problem, boot your mac drive with single-user mode(-s) and type:

If you have NVIDIA graphics then type:

If you have AMD/ATI Graphics then type:

If you have IntelGraphics then type:

Solution 2:-
Boot your mac drive using this flags ” -V -S ” and you go to single mode

Note:- If your system have AppleIntelCPUPowerManagement then save it in backup
TagsDSMOS TUTORIALS